“From this combination of individual brilliance and ensemble perfection emerges one of the best quartets of our time.” Darmstädter Echo

Internationally recognized as one of the world’s foremost quartets, the American String Quartet celebrates its 43rd season in 2018–20179. Critics and co­lleagues hold the Quartet in high esteem and many of today’s leading artists and composers seek out the Quartet for collab­o­ra­tions.

In three decades of world tours, the American String Quartet has performed in the 50 states of the United States and concerts in almost all international concert venues worldwide such as the Berlin Philharmonie hall, Herkulesaal Munich, Carnegie Hall, Museum of Modern Art in New York, Kennedy Center in Washington, as well as tours in Japan, China, and Latin America and more than 30 tours in Europe.

To celebrate its 35th anniversary, the Quartet recorded an ambitious CD, Schubert’s Echo, released in August 2010 by NSS Music. The program invites the listener to appreciate the influence of Schubert on two masterworks of early 20th-century Vienna.

The American String Quartet is resident at the Manhattan School of Music in New York since 1984 and the prestigious Aspen Music Festival since 1974. They have also held residencies at the Taos School of Music, the Peabody Conservatory, and the Van Cliburn International Piano Competition. Among their many artistic activities, the quartet has appeared on radio and television as well as in performances at the New York City Ballet, the Montreal Symphony Orchestra Mark Morris Dance Company and the Philadelphia Orchestra.

Leader in the area of Contemporary Music, the quartet has commissioned and premiered works of composers like Richard Danielpour, Kenneth Fuchs, Tobias Picker and George Tokenism. They have recorded under with Albany CRI, Music Masters, Musical Heritage Society, Nonesuch and RCA.  Among the composers recorded are included works by Adam, Corigliano, Danielpour, Dvorák, Fuchs, Prokofiev, Schoenberg and Tsontakis.

Formed in 1974 when its original members were students at The Juilliard School, the American String Quartet career was launched when they won First Prize at the Alice Coleman Competition and the Naumburg Chamber Music Award.

Daniel Avshalomov is the violist of the American String Quartet, which enjoys its fourth decade of international acclaim. Recently hailed by Strad magazine as "one of the finest occupants of that chair, both instrumentally and musically, of any quartet now active", Mr. Avshalomov finds time each season for concerto appearances, recitals, and collaborative concerts, and returns as a featured performer to festivals across the country.

Before joining the Quartet, Mr. Avshalomov served as principal violist for the Aspen, Tanglewood, and Spoleto festival orchestras, as well as for the Brooklyn Philharmonic, Opera Orchestra of New York, American Composers Orchestra, and as solo violist with the Bolshoi Ballet. He was a founding member of the Orpheus Chamber Ensemble.

His articles appear in Notes and Strings ; he has edited several viola works for publication and contributed to ASTA's "Playing and Teaching the Viola". The subject of two articles in Strad and one in Classical Pulse, Mr. Avshalomov developed "Inside Passages", first presented to the New York Viola Society in 2000, gave the world premiere of Giampaolo Bracali's Concerto per Viola, the American premiere of Alessandro Rolla's Esercizio 3 and recorded the CD "Three Generations Avshalomov" with pianists Robert McDonald and Pamela Pyle, which was featured on NPR's "All Things Considered". He has been on the faculties of the Manhattan School of Music since 1984 and of the Aspen School since 1976.

His instrument is by Andrea Amati, from 1568.

Since his Carnegie Hall debut in 1994, cellist Wolfram Koes­sel has performed as a cham­ber musician, recitalist and soloist through­out the world. The Strad magazine praised his “ex­cep­tion­al­y attractive cello playing.” As a soloist he has per­formed con­certos in the United States, with the Osaka Symphony Orchestra in Japan as well as orchestras in Ger­many and South America. He also has appeared often with the New York Meta­mor­pho­ses Or­ches­tra, which he cofounded in 1994. His collaborations include performances with leg­end­ary tabla virtuoso Zakir Hussain, dancer Mikhail Barysh­ni­kov, and cellist Yo Yo Ma. Mr. Koessel also appears with a wide range of ensembles, including the Orpheus Chamber Orchestra and Trio+ (a group he formed with violinist Yosuke Kawasaki and pianist Vadim Serebryani), which performs creative and collaborative concerts throuhg­out Japan, the United States, and Canada. He has served as music director of the Mark Morris Dance Group from 2004 to 2008 and has toured extensively with the company both nationally and internationally, performing in several world premieres. In the fall of 2009, he was the featured performer in a new dance work, performing Beethoven’s Cello Sonata in C. He resides with his wife, pianist and writer J. Mae Barizo, and his daughter in Manhattan. His cello is by Giovanni Cavani (Modena, 1917).

He joined the American String Quartet in 1990. He gave his first solo public per­for­mance at the age of 11, and at age 17 he was accepted as a scholar­ship student of Dorothy DeLay at The Juilliard School. Re­cog­nized early as an ex­cep­tion­ally prom­is­ing young artist, Winograd was a top prize winner in the 1988 Naumburg Inter­na­tional Violin Competition. He then made his New York debut to critical acclaim and has since appeared as a guest soloist with numerous orchestras and in recital across the country and abroad, including annual collaborative performances with cellist Andrés Díaz at the Florida Arts Chamber Music Festival. In 2002 Winograd performed the Sibelius Violin Concerto with the Hartford Symphony; his father, Arthur Winograd, was the featured guest conductor. Winograd has been a mem­ber of the violin and chamber music faculties of the Manhattan School of Music and the Aspen Music School (where the American is Quartet-in-Residence) since 1990. Born into a gifted musical family, Winograd began his studies with his parents. His mother was a pro­fes­sion­al pianist, and his father was the founding cellist of the Juilliard Quartet and a conductor of the Hartford Symphony in Hartford, Connecticut, where Winograd grew up. He holds bach­e­lor’s and master’s degrees from Juilliard. His wife, violinist Caterina Szepes, is a reg­u­lar participant in the Marlboro Festival and a member of the Metropolitan Opera Or­ches­tra. His violin is by Giovanni Maria del Bussetto (Cremona, 1675).

A founding member of the American String Quartet, Laurie Carney holds the distinction of performing quartets longer than any other woman in this elite field. The ASQ began concertizing while she was still an undergraduate at Juilliard. Apart from the Quartet, she has per­formed trios with her husband, cellist William Grubb, and pianist Anton Nel; duos with violist Michael Tree; and as an ensemble partner to such artists as Isaac Stern, Pinchas Zukerman, Salvatore Accardo, Cho-Liang Lin, Joshua Bell, Yefim Bronfman, Misha Dichter, Ralph Kirshbaum, Alain Meunier, and Frederica von Stade. Carney's concerto appearances include performing Mozart's Sin­fo­nia Con­cer­tan­te with the Bournemouth Symphony, Basque National Orchestra, and the Welsh National Orchestra. She gave the premiere of Gianpaolo Bracali’s Fantasia for violin and piano. Most recently, Robert Sirota composed his Violin Sonata No. 2 for her, and in addition to per­forming the premiere last spring, she will record the work later this season. A faculty artist at the Aspen Music Festival and School since 1974 and the Manhattan School of Music since 1984, Carney has held teaching positions at the Mannes College of Music, Peabody Conservatory of Johns Hopkins Uni­ver­si­ty, University of Ne­bras­ka, University of Michigan, Shepherd School at Rice Uni­ver­si­ty, and the Taos School of Music. Her dedication to the development of young players brings frequent invitations to offer master classes, most recently in California, Colorado, Illinois, Michigan, and New Mexico. Carney is a member of a prodigious musical family: her father was a trumpeter and edu­ca­tor, her mother a concert pianist, and all three siblings are professional violinists. Her violin is by Carlo Tononi (Venice, 1720). 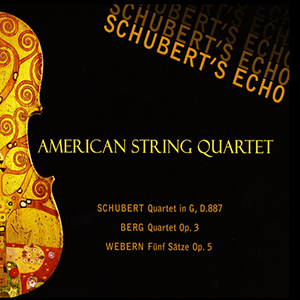 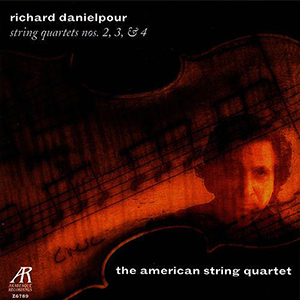 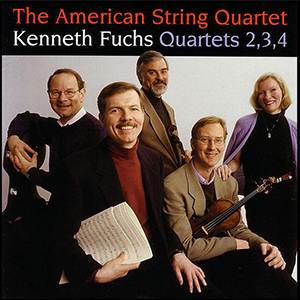 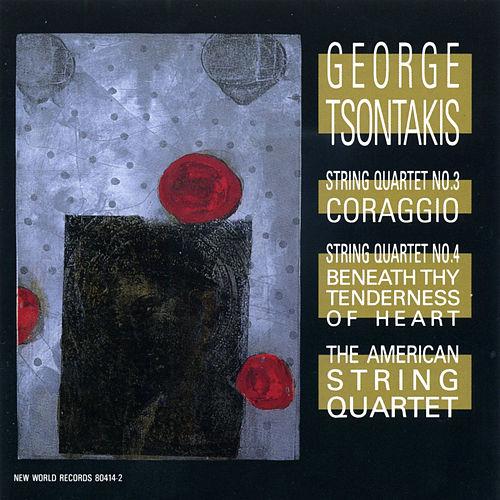 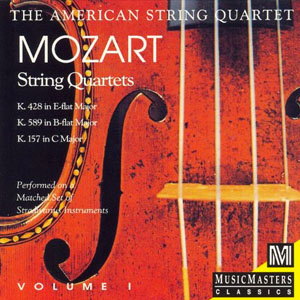