“Brilliant, sensitive and imaginative playing with resourcefulness of technique and naturalness of musicality, a striking individuality ...a pianist to watch!” The New York Times

“Her musicianship was breathtaking, captivating. Everything was fitting together, the shaping of the sound, the choices of Tempi, dynamics, her highly refined technique that led to a greatly emotional musicality..... Martina Filjak proved herself to be a sensitive and insightful magician of sound and a shining star at the piano. It could not have been any better or more touching, more moving than this evening.” Süddeutsche Zeitung

One of the most exciting artists to emerge in recent years, Martina Filjak is garnering international praise for her poetic passion and technical mastery at the keyboard as well as for her charismatic personality and magnetic stage presence.

The 18-19 season kicked off with a performance of the 2nd Piano Concerto by Brahms alongside the Staatskapelle Halle at the Music Festival in Chorin, Germany and continues with a series of concerto performances that include collaborations with Orquesta Filarmónica de Bogotá and Diego Naser, the New West Symphony and Fawzi Haimor, the Norddeutsche Philharmonie Rostock and Nicholas Milton, the Colorado Springs Philharmonic and Josep Caballé Domenech, the Filarmònica de Málaga and Guillermo Garcia Calvo, the Capella Aquileia and Paul Goodwin, the Orquesta Filarmónica de Buenos Aires at the Teatro Colon and Manuel Hernández Silva, the Torino Philharmonic and the Zagreb Soloists, various chamber music performances as well as a recital tour in Latin America.

Martina Filjak’s latest CD has been released in 2016 on Solo Musica (distributed by Sony Music) with works by Bach, Schumann and Scriabin. Martina Filjak’s debut CD with sonatas by Antonio Soler was released in 2011 under the Naxos label. August 2013 marked the Sony Classical release of her chamber music recording with Jan Vogler and Christian Poltéra. In January 2019 she is going to record her new CD for Hänssler Classic with works by Liszt.

The artist’s extensive repertoire ranges from Bach to Berio and encompasses more than 30 piano concertos. She is dedicated to continuous exploring of piano literature and various concert formats. Performing with orchestra takes the biggest part of her time and she frequently states that she enjoys the interaction and the exchange of energies between so many musicians on stage.

Based in Berlin, Martina speaks seven languages. Fortunately, for an active performer, she loves to travel. 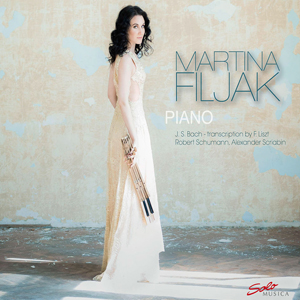 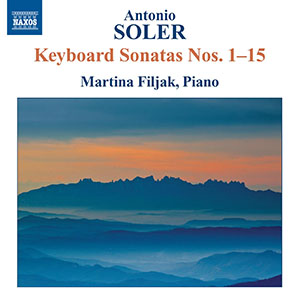 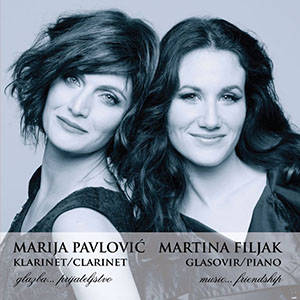